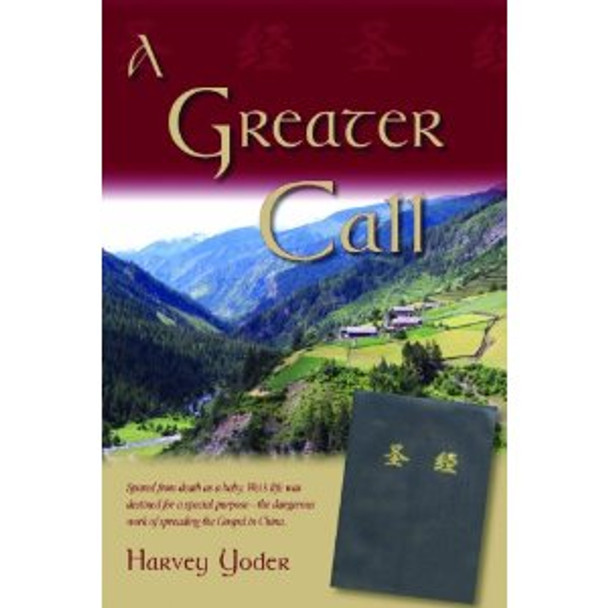 Another mouth to feed. That's what Wei was. And in a land racked with famine, that was the last thing anyone wanted. Spiritual famine also gripped China. The Communist government demanded loyalty and had ways of dealing with people who held other views. But to Chinese Christians, Jesus Christ was worth any sacrifice-position, family, freedom, even life. Few believers lived in Wei's rural village. His family was poor, and his prospects bleak. It would have been better, most thought, if he had never been born. And so he was left to die. But God had a different plan. Though the journey would be long and the comforts few, Wei would one day answer a greater call.
View AllClose

But Not Forsaken Book

MSRP:
Now: $8.95
Was:
Hans leaned against the wall for support, surveying the scattered possessions and the rumpled bed on the floor. Something was very wrong. He buried his face in his hands, fighting despair . . . Who...

A Small Price to Pay - Book

MSRP:
Now: $11.99
Was:
Living in the Soviet Union under cruel, atheistic communism and growing up during World War II, young Mikhail Khorev saw much suffering and death. Often homeless and near starvation, he struggled to...

MSRP:
Now: $7.95
Was:
Awaiting the Dawn is a true account of how faith and love triumphed over hate and murder when a missionary family in Guatemala was attacked by midnight terrorists. The final chapters show the...

From Wealth to Faith Book

MSRP:
Now: $6.95
Was:
Years of prosperity for Christians in Russia are followed by disappointment, heartache, and suffering, first during the revolution and again as World War II sweeps across Europe. Hans and Netta face...

A Doctrinal History: Contending for the Faith - Book

MSRP:
Now: $0.00
Was:
Traces the origins of true doctrine from the Apostles to Bro. Samuel Froehlich to now, and how they have kept a pure doctrine. 51 pagesClick link(s) below to preview:Sample Page

Touched by a Miracle

MSRP:
Now: $0.00
Was:
A tragic accident - a little girl run over in a church parking lot by a family friend.  The response - forgiveness, love, and a trust in God and knowing His will is best.  And a miracle...

MSRP:
Now: $8.00
Was:
A Pilgrim's Voyage details the daily events in the travels of Henry Geistlich, a Swiss Elder who visited America in 1866.  The soft-bound 89 page booklet is complete with colored maps showing...

MSRP:
Now: $10.99
Was:
Born into a poor Christian family in Communist Romania, harsh treatment at a state boarding school, and harassment from authorities for helping in secret Bible distribution…… Elena...

Not by Might, Nor by Power book by Loretta Steffen

MSRP:
Now: $14.99
Was:
An amazing story of how God's grace and love has helped make the best of many challenges...  The story of a man, ravaged by polio at a young age, and left a quadroplegic, who doesn't give...

MSRP:
Now: $14.99
Was:
The Bluffton AC Choir, including children, sings hymns with some accappella, some with light instrumentation.  A great cd to play for children, and adults too!    1. Stand Still and...

MSRP:
Now: $2.89
Was:
Greeting Card Text: A Double Blessing Two sets of little feet, Two tiny mouths so sweet, Two little ones to love, Two miracles from above. Rejoicing with you on the arrival of your two precious...