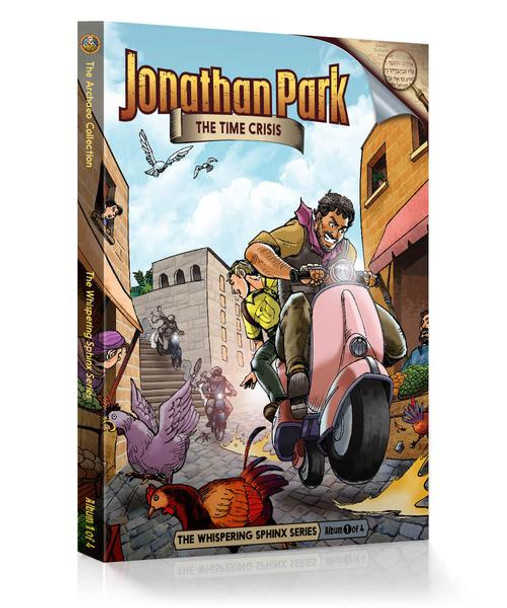 Album #4 - Danger Above the Dunes

Biblical Chronologist Dr. Howard has sent the Creation Response Team a statue containing secret information that sends them on an exciting journey to Egypt! Dr. Howard claims that, in the right hands, his information could save the lives of thousands. However, a radical group wants the information for their own purposes and is willing to shed blood for it! Later, an unknown group led by a mysterious man, known only as the Effendi, is intimidating tourists and causing civil unrest. The CRT has learned that Dr. Howards work may hold the answer to their actions, and that he has hidden his research throughout Egypt. Meanwhile, the Junior CRT has discovered an ancient tablet at the Great Sphinx that seems to prophesy the coming of a new Egyptian leader!

- Building of the Pyramids

- God is Our Refuge

It's a New Day Dawning CD by Message Of Hope

Whatever Is Pure CD by Acapeldridge (Michael Eldridge)

MSRP:
Now: $14.99
Was:
Men's four part a cappella quartet with beautiful harmonies, and traditional hymns with a few contemporary songs.  All 4 parts sung by Michael Eldridge. Fourth in the popular "Whatever Is.....

Trial by Fire - #66 CD Set by Adventures in Odyssey

MSRP:
Now: $12.99
Was: $14.99
After years of searching for his true identity, Buck Oliver may finally get some answers. But along with clues about his family, he also is subjected to the dangers of his past. Buck’s old...