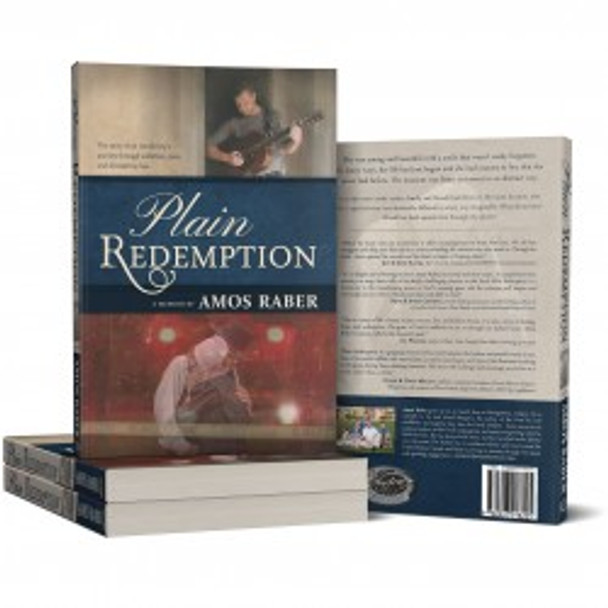 A true story of faith and redemption.

"It was New Years day 2003. The people shivered as they attempted to block off the cold northwestern wind and occasional flurry that swirled around them. But they hardly noticed. Their attention was fixed on the black lifeless hole in front of them and the casket that was being lowered into it. She was young and beautiful with a smile that wasn't easily forgotten. In many ways, her life had just begun and she had reasons to live that she never had before. The moment was bitter, yet sweet in an abstract way.

Less than two weeks earlier, family and friends had driven to this same location, also for a special event, but drastically different in every way imaginable. What about him? Would his faith sustain him through the storm?"

MSRP:
Now: $2.75
Was:
The weather or the sniffles is keeping your children inside. Or perhaps they just need something different to do. This little book may be your answer! The Bible Activity Book is filled with word...

MSRP:
Now: $0.00
Was:
A 12 page booklet showing the need for friendliness as a part of the Christian personality.Click link(s) below to preview:Sample Page

MSRP:
Now: $13.99
Was:
Joyful harmonica music with the guitar, some songs include vocals.  Playing many old favorites including Hold Fast to the Right, This World is not my Home, and Where Could I Go.    1...

MSRP:
Now: $13.99
Was:
Joyful harmonica music with the guitar, playing many old favorites including How Great Thou Art, Farther Along, and How Beautiful Heaven Must Be.    1. Never Grow Old    2...

MSRP:
Now: $14.99
Was:
An absent father, an abusive stepfather, and a mother who walked miles for cleaning jobs.  A bully and a poor student.  That was Bob Boltz, growing up in Wayne County, OH, in the early to...

Touched by a Miracle

MSRP:
Now: $0.00
Was:
A tragic accident - a little girl run over in a church parking lot by a family friend.  The response - forgiveness, love, and a trust in God and knowing His will is best.  And a miracle...

I'd Rather Have Jesus CD by Mark Dotterer

MSRP:
Now: $9.99
Was:
A true story of Survival and Overcoming "We were young and strong.  Our dream of owning our own farm was just at our fingertips when it happened.  It wasn't in the plans. Accidents never...

He Is Mine CD by the Neuenschwander Family

Sing To Me Of Heaven by The Anderson Family

MSRP:
Now: $14.99
Was:
A delightful family sings many hymn favorites, accompanied by guitar.  This family loves singing together, and it shows!  The Zach and Karla Anderson family (along with Zach's brother...

What a Wondrous Love CD by Message Of Hope

MSRP:
Now: $14.99
Was:
Men's 4-part harmony, a cappella, records the journey of a Christian's life - A holy recognition, Jesus' Birth, his suffering, death, and glorious resurrection, on to a Christian walking the 'Holy...

MSRP:
Now: $13.99
Was:
Hymns of Christmas sung by a family who has been singing together for years!  With special harmony and a robust sound of joy from the heart.  Listen to sample clips below!    1...

MSRP:
Now: $14.99
Was:
The Alive Quintet consists of five Cousins (including two sets of brothers). They enjoy singing in churches, prisons, and anywhere else they're invited to sing. With a nice blend, they sing songs...

MSRP:
Now: $7.99
Was:
Favorite Christmas music sung by choir and accompanied by full orchestra.  A beautiful and inspiring collection of traditional hymns to add to your Christmas music! Recorded by Fountainview...

MSRP:
Now: $6.99
Was:
Unforgettable Experiences is the autobiography of Fritz (1919-2009), who was a member in the congregation of Neuhutten, Germany.  After describing his early years growing up in the church, the...