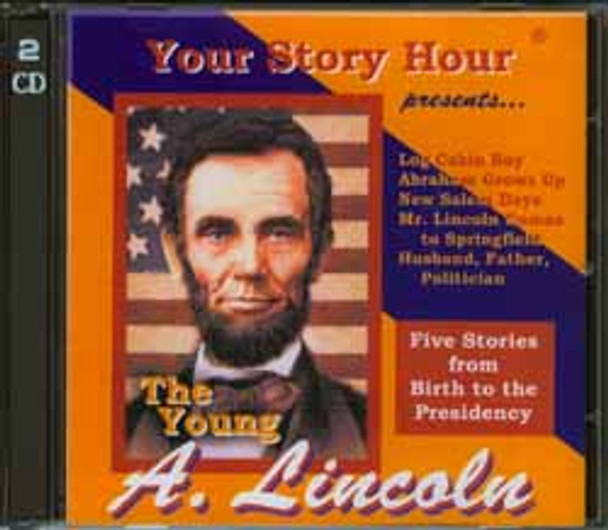 This two CD album has 5 stories on Abraham Lincoln from his birth to his presidency.

Thinking Of You - 5 Blank Notecards

The Risks of Ecumenicalism - Book

MSRP:
Now: $0.00
Was:
Focuses on the variety of belief in American Christianity and how a soul is wise to refrain from granting legitimacy to anyone who professes Christ, yet has never experienced the new birth of...

To Every Thing There is a Season - 5 Blank Notecards

The Ties That Bind - Book

MSRP:
Now: $0.00
Was:
A 20-page booklet describing the special characteristics that bind true believers in the close bond of brotherhood. A discussion of how a common practice of the Bible's teachings results in a...

The Reason for Our Christian Existence - Book

MSRP:
Now: $0.00
Was:
This booklet discusses the seriousness of the Christian's short stay on earth. It describes the believer's call to duty, to mission, and to service as seen from a Biblical viewpoint. 18 pagesClick...

Only A Little While CD by Men's Group

MSRP: $22.50
Now: $19.99
Was: $22.50
Stories Included: (CD1)ALL THINGS FOR ANDREW An amazing reunion/A SHEAF OF GRAIN Cruelty forgiven (CD2)ANGEL OF THE HARP Christmas story, a most "unpromising" child becomes a blessing/CHRISTMAS...

MSRP:
Now: $0.00
Was:
A discussion of the "old-fashioned" repentence and conversion. It describes the attitudes whereby a soul is changed from the old life of sin and haughtiness to one of submission and obecdience, and...

Trust in the Lord - 5 Blank Notecards

MSRP: $22.50
Now: $19.99
Was: $22.50
Your Story Hour is proud to present this new set of exciting, dramatized stories.  You'll enjoy hearing the adventure of Antarctic explorer Ernest Shackleton, the classic stories of the Golden...